Our research has indicated that there is a great deal of common interest with the Civil War and Australian History. 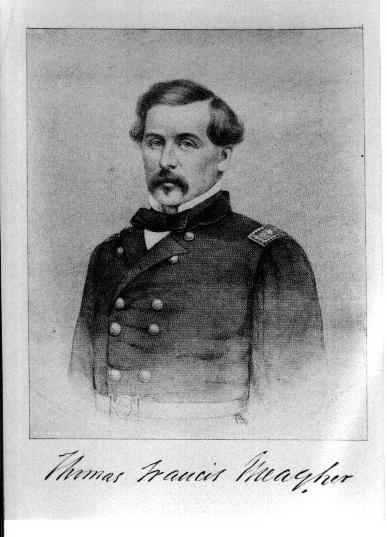 We have the links with the Irish nationalists Thomas Francis Meagher and John Mitchel who both were transported to Tasmania before escaping and going to America in time for the Civil War.

There have been visits by United States naval vessels to Australia up to the 1860's including the visit of the Great White Fleet in the 1830's to Sydney by Charles Wilkes and his associates on their way to the Antarctic.

Veterans of the war also came here in the 1860's and later, some of whom stayed and others returned. Surgeon Doolittle of the 5th New York Infantry practiced in Victoria for several years after the war; members of the navy also served both on cruise ships and merchant marine vessels between Australia and America.

There have also been visits by famous lecturers such as Mark Twain, Henry Morton Stanley and others, who toured Australia between the 1860's and the 1900's. 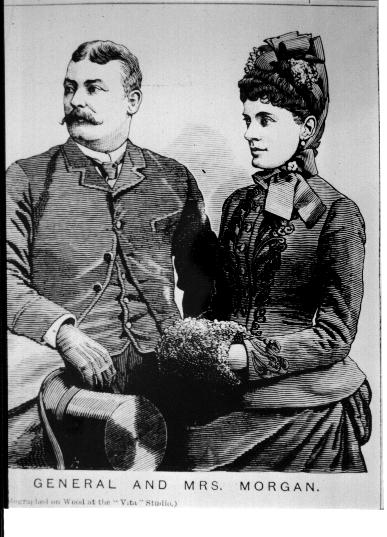 Amongst the men who served as United States Consul-general in Melbourne from the time of the Civil War until the turn of the century, the most famous was an ex-Confederate naval officer, James Morris Morgan, who had served aboard the U.S.S. "Georgia" and wrote his memoirs in "Reminiscences of a Rebel Reefer" which was widely read in the 1880's. After his stint in the Civil War, Morgan also had served with other former Confederate and Union officers in the Egyptian Army during the 1870's to 1880's. His life read as one long adventure after another.

We have had visits from Civil War naval vessels such as the USS "Kearsage" to Sydney in 1869, blockade runners which had carried goods into the Confederate States from foreign ports, Civil War officers as consuls to the United States legations in Melbourne and Sydney; there were visits by actors and thespians including Edwin Booth, brother of John Wilkes Booth, the man who assassinated President Abraham Lincoln as well as Laura Keene who was on stage when Lincoln was killed at Ford's Theatre in Washington; plus tours of the Gettysburg Cyclorama. 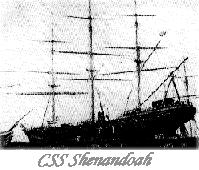 The visit of the Shenandoah to Melbourne.

One of the most significant areas of research was the visit of the Confederate steamer "Shenandoah" to Melbourne in January - February 1865. This has been well documented and serves as a leading area of research and knowledge within our membership. Very little of note has been written in the past on this important area of Civil War links so we take any interest in the visit of the rebel raider with great care

While the "Shenandoah" was in Melbourne many of the leading citizens of the colony were involved with official functions to recognise the arrival of the ship, much to the chagrin of the United States Consul-General, William Blanchard. At the conclusion of the visit, when the "Shenandoah" left on February 16th, 1865, 42 stowaways were found hidden on the ship and these men were amongst those who surrendered at Liverpool, England, in November 1865, the last Confederates to haul down the Confederate flag.

Although most of the sites associated with the visit of the "Shenandoah" have now disappeared, we can still see signs of some locations including Craig's Royal Hotel in Ballarat where the officers from the Confederate ship were entertained at a special ball held in their honour.